Design a site like this with WordPress.com
Get started
Skip to content
Posted on 5th Jan 2019 by Growing Kale

If you haven’t seen Bandersnatch yet, you can continue reading until the post tells you to stop. I’ll usually leave the spoilery things till the end, but I’ll put a warning where the spoilers will begin.

I’ve been a huge fan of Black Mirror since they joined Netflix. I binged the whole series pretty quickly, falling in love with the show and all of it’s unique stories and concepts. Black Mirror was something that inspired my writing personally and opened myself up to an anti-series, showing me you have to think outside of the box when you want to make something eye-catching and new.

When I heard about the new film they were releasing, I was a little cautious at first. A feature length scared me, as this would be the biggest thing Black Mirror had done and with their last season not being as strong as the seasons prior, I wasn’t sure if they were still going strong enough to be able to pull it off. Then, I heard it was going to be a choose your own adventure and I was terrified.

Choose Your Own Adventures aren’t new. As Stefan says in the film, books have been doing them for a long time and he just wants to replicate the idea on a new platform – a video game. This also isn’t new to me as I spent the last years of secondary school and college completing every Telltale game I could get my hands on, trying to get the best ending and usually shedding lots of tears in the process. Films have also attempted Choose Your Own Adventures in the past, people have used YouTube as a platform for this and even Netflix has dabbled in it before, with their Puss In Boots Interactive Movie. 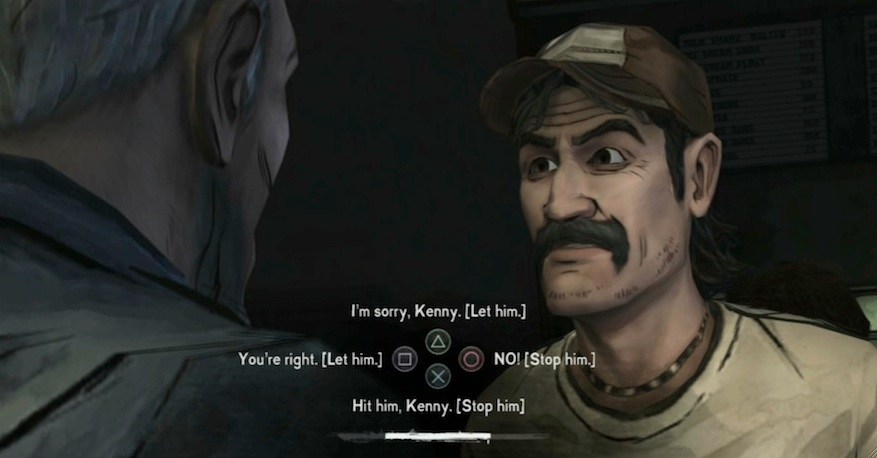 Other than telltale, I have found Choose Your Own Adventure movies to be quite cheesy. Usually, the things that you had to choose were meaningless and uneventful and usually people would end up with the same endings, or in the case that one choice would make you die and you would just have to go back and make all the choices you don’t want to make in the first place. This was something even telltale made, as usually there was just one journey or one ending, but your choices just get you there in different ways.

So, no I wasn’t excited, but after hearing the hype, I knew I had to give it a stab anyway. My conclusion is, Bandersnatch did everything they could have to ensure they didn’t fall into any of the same traps.

For instance, to get you into the rhythm of the game, your first choices are to pick a cereal and pick the song you want to listen to. It’s nothing meaningful, but the options definitely give you a bit of excitement as you begin to sense that your choices are making an impact on the world.

Then there’s your third choice – do you, or do you not accept the proposal to join Colin and his team to help you make Bandersnatch? Here was my first iffy sign, where choosing ‘Accept’ just rewinds you back to the start and you have to start again – however, I understood why this is necessary.

If you click accept, this is the first time that your character (and Colin) begin to feel an off presence in the world. The characters are aware that they’ve been through all of this before and they start to experience some heavy deja-vu. So, you’re not just going back and picking a different choice. You are literally going back in time and effecting their timeline.

I thought choosing the plot to be about timelines and alternate realities was genius, an amazing story telling decision to give the choose your own adventure more substance. Not only that, but the fact that the viewer IS a character. We are a character that interacts with Stefan, he knows that we’re there and he talks directly to us and we watch as we pretty much ruin his life.

Not only that, but it didn’t have the loading screen that choose your own adventures tend to have. They filmed and edited it in a way that made your decisions feel like a movie, it was so soft and ran so smoothly that you really felt your decisions affect the world and the editing didn’t take you out of it.

If you’ve seen it already, then I thoroughly advise you to rewatch it again. It’s an even more amazing viewing when you watch it from the beginning and pick up all the hints that characters are dropping.

Bandersnatch is definitely one of my favourite movies of the year and I’m so glad I watched it.

I’d love to hear your thoughts on Bandersnatch!

Hey! I'm a writer, specifically screenwriter and I love talking and bringing attention to important stuff. I hope that my time here is an embodiment of that. View all posts by Growing Kale